6 Ways That Pandemics and the Environment Are Inseparable

Pandemics, ecology, and climate are hopelessly intertwined. The climate and ecological crisis sickens and displaces both wild animals and human beings. It creates excellent conditions for pests like ticks and mosquitoes to breed as well as for deadly bacteria to multiply. And it literally thaws ancient pathogens from the ground. All of these lead to disease, which, when left unchecked, can result in pandemics.

This post explains some of the less-visible connections between infectious disease and the climate and ecological crisis; how many pandemics begin; and how, by fighting against environmental destruction, we can also play a part in preventing the next pandemic. 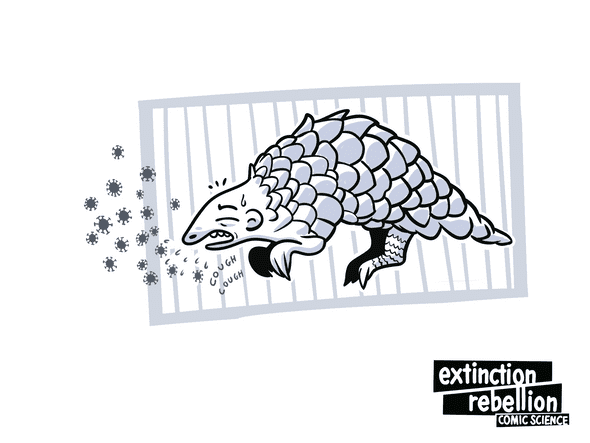 In the case of COVID-19, there is strong evidence that an infected bat andersen2020 came in close contact with other wild animals (very likely caged and stressed pangolins and civet cats) that were then exposed to, and possibly eaten by, a human who became infected.berger2020 zhang2020 Airplanes and cruise ships then spread the disease worldwide, and the rest is history.

Wilderness Is a Wall that Keeps out Disease. We’re Destroying It. 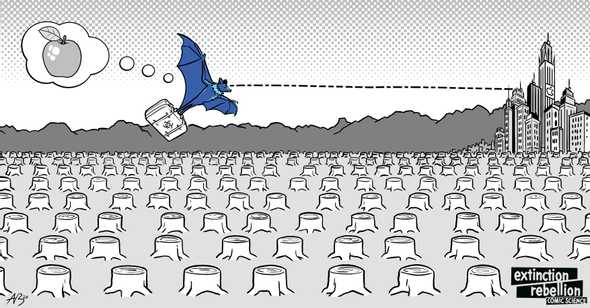 In healthy natural environments, wild animals’ diseases circulate mostly in the wild and keep away from humans, with plant and animal diversity shielding humans from infection.ostfeld2012 swaddle2008 This is largely because the vast majority of wild animals (including the previously-mentioned civet cats, pangolins, and most birds and bats) are afraid of humans and do their best to avoid us. Furthermore, with a multitude of wild animals available to infect, bacteria and viruses have little incentive to adapt themselves to human hosts.

But when people destroy nature – cutting down forests to make farm land, criss-crossing wilderness with roads and pipelines, disruptively damming and diverting rivers that wild animals depend on – it kills those animals. It fragments animal communities, and causes the survivors to be hungry and stressed – becoming perfect incubators for disease. This also encourages those same animals to venture closer to humans to search for food.

Scientists believe that this is why shrinking wilderness and disease outbreaks go hand in hand.morand2014 jones2008 keesing2010 Destroying nature sickens wild animals, then brings their contagious diseases to us.

Animal-borne diseases like Lyme disease, malaria, West Nile fever, and dengue are already moving into new regions. This is because longer, hotter summers, warmer winters, and increased annual rainfall cause the ticks, mosquitos, and fleas that carry these diseases to shift habitats, moving into areas that were previously inhospitable to them. semenza_suk2017 cdc2020

By way of example, Europe has seen a sharp and shocking spike in West Nile virus infections, after years of record-breaking warmth,burki2018 semenza_suk2017 while in North America, warmer winters have dramatically expanded ticks’ ranges and made Lyme disease into a household name.sonenshine2018 eilsen_et_al_2015 hahn_et_al_2016

Like animal-borne diseases, diarrheal diseases like Salmonella and campylobacteriosis too benefit from higher temperatures and extreme weather. This is because warmer temperatures allow bacteria to multiply faster, while extreme weather creates flooding, sewage spillover, and standing pools of water, which all provide prime bacterial breeding grounds. yun2016 cdc2020diarrheal levy2016 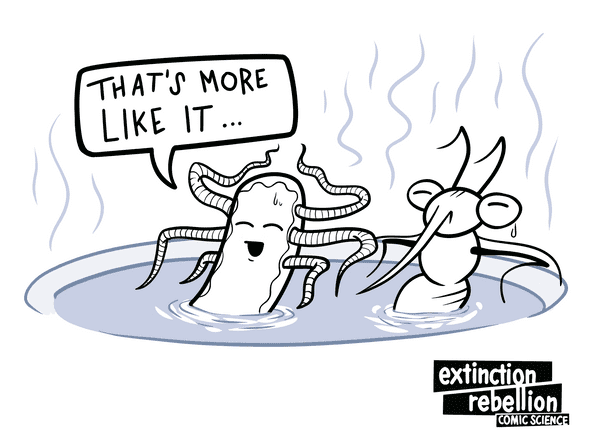 As the earth warms, warmer winters no longer kill disease-carrying pests. Warmer and longer summers, flooding, and extreme precipitation provide pests and bacteria more time and better conditions for reproduction. And all of these contribute to the spread of disease.

Many people know that air pollution worsens asthma and heart diseasecohen_et_al_2005 cohen_et_al_2017, but did you know that it also corresponded with deaths from infectious diseases?

For COVID-19 sufferers, a small increase in a patient’s exposure to air pollution was associated with an 8% higher death rate. This was true even when controlling for patient age, health, and wealth, the availability of healthcare services, the population density where they lived, and patients who used to live in polluted areas but didn’t anymore. Air pollution was also correlated with higher rates of death in the context of SARScui2003 and pneumonianeupane_et_al_2010. 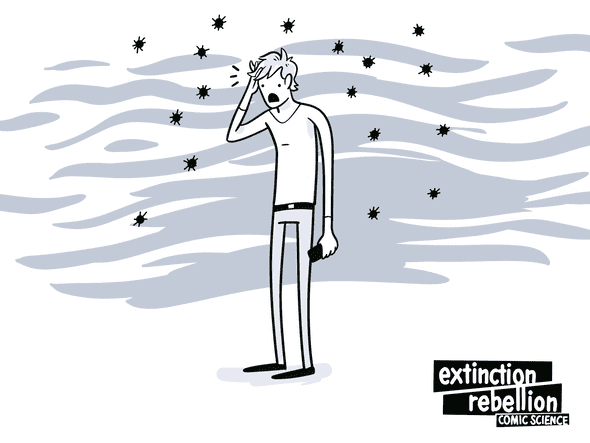 Air pollution – even when we were only exposed to it as children – gives us a lifetime of higher susceptibility to many diseases. And people who are susceptible to disease are more likely to spread it. Air pollution has already contributed to the deadliness of the COVID-19 pandemic - it may well worsen the next one.

Diseases Will Continue Melting out of Frozen Land

During a summer heatwave in August 2016, anthrax thawed out of land that we had thought was permanently frozen – the permafrost. The escaped anthrax killed a 12-year-old boy, infected at least 20 other people, and killed more than 2,300 reindeer in the area. It was the region’s first outbreak in 75 years.bbc2016-1

This took place in a remote part of Siberiabbc2016-2. If it had happened in a city (or even an arctic village), the results might have been much worse.

The climate crisis is causing the permafrost to thaw. Fast.farquharson_et_al2019. And many people expect pathogens trapped within the previously frozen ground – responsible for such diseases as polio, anthrax, smallpox and the Spanish flu – to eventually be released.goudarzi2016 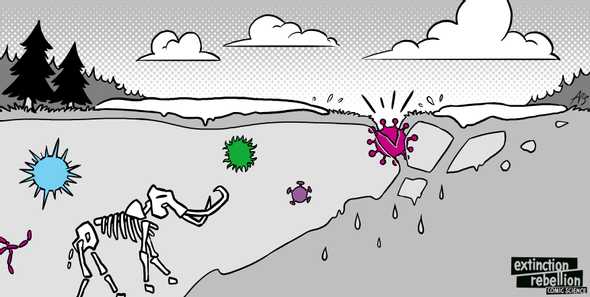 Human prehistory is long. We have no records, strategies, vaccines, or even names for the diseases that plagued our ancient ancestors. There’s no reason to believe that those ancient diseases would be any less infectious or deadly than those we are fighting today.

We Can Fight Pandemics

It’s too late to stop the COVID-19 pandemic from happening, but by fighting for the environment, you can be part of the fight against the arrival of the next pandemic.

Extinction Rebellion calls this fight a rebellion. If you are interested in joining us to tell the truth about pandemics, pollution, climate, and ecological destruction. To tell people how and why this toxic system will produce more pandemics.

Take a small action: The next time you talk about pandemics, bring environmental issues into the discussion, too. They’re more relevant than people may realize.